Notice: Function add_theme_support( 'html5' ) was called incorrectly. You need to pass an array of types. Please see Debugging in WordPress for more information. (This message was added in version 3.6.1.) in /var/www/wp-includes/functions.php on line 5831
 Birthday Celebration with Mint Chocolate Pudding Pie

Yes, I baked my own birthday dessert. But I didn’t cook for myself, so that’s a plus.As food bloggers, it’s impossible to keep us out of the kitchen even when we are celebrating our own birthdays. By the way, today is mine! I turn a whopping 26-years-old today. I’ve been alive for over a quarter of a century! I like to celebrate my birthday for the entire month of March. I kind of have no choice since March is a month full of events: birthdays, anniversaries, etc.  It started last week while my family was in town with lots of delicious dinners at great restaurants, and continued with a homemade birthday dinner made by my roommate. She put together a seafood medley over pasta and it was absolutely beautiful. Clams, mussels, and giant pink shrimp in a white wine sauce over whole grain pasta and crostini to sop up all that extra sauce (because we just could not let that go to waste!). 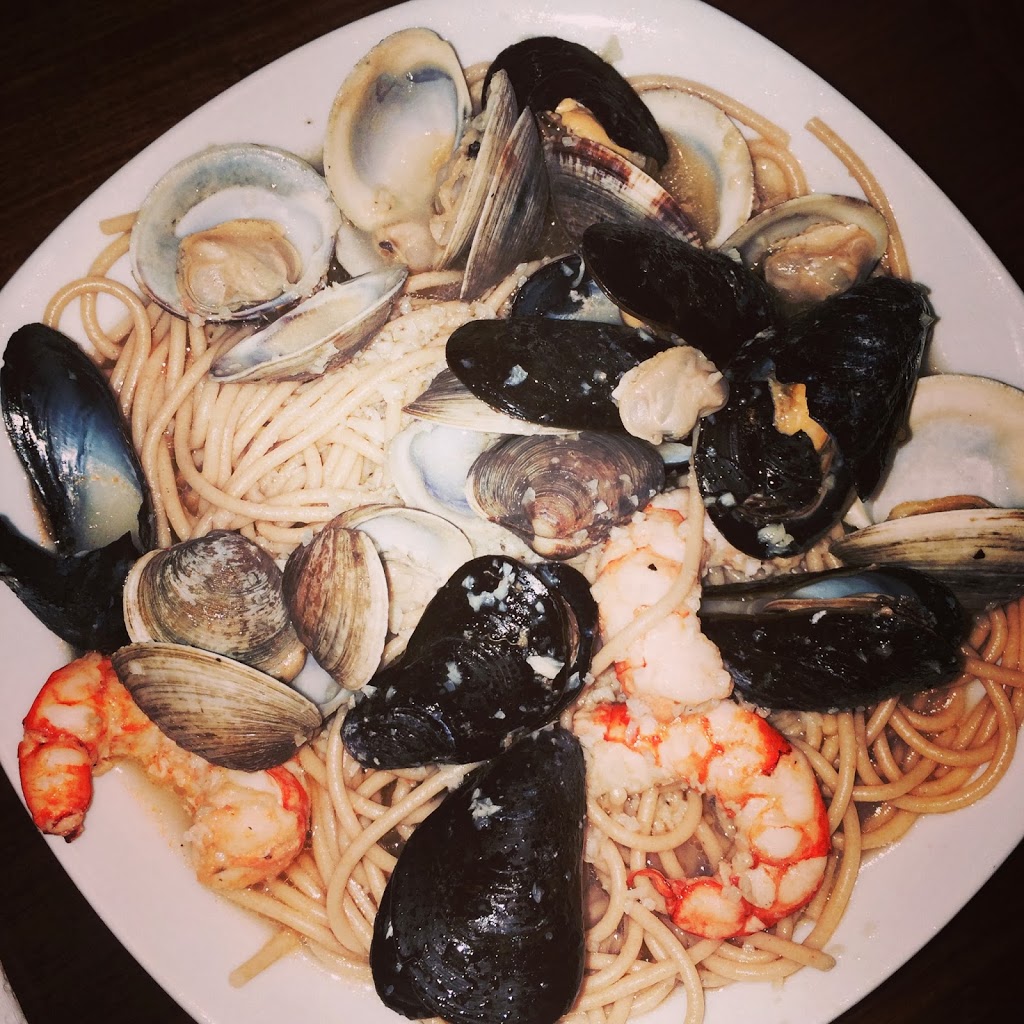 Of course there had to be dessert… 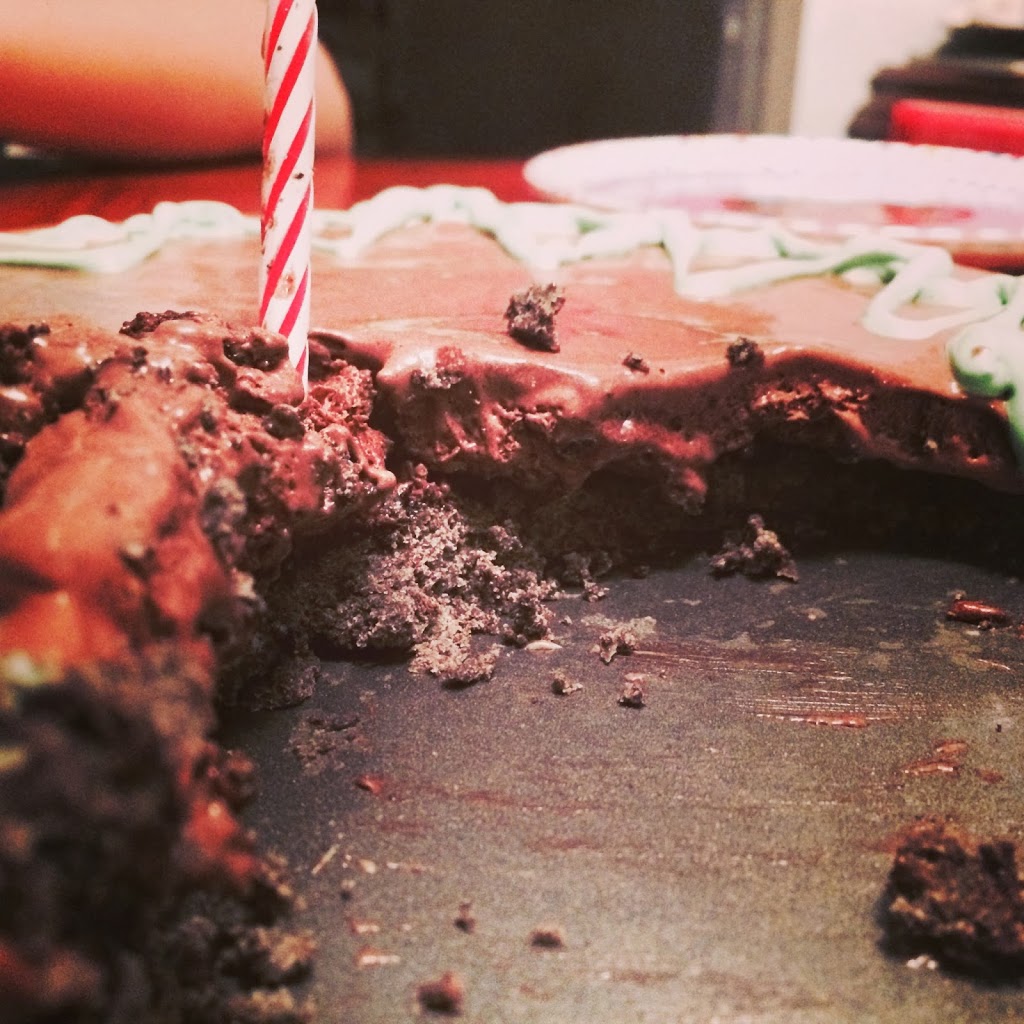 Since it’s March, mint and chocolate seem to be a popular combination. Because mint is green! Duh! I do love these two flavors together so I decided on a Mint Chocolate Pudding Pie. I crushed up an entire sleeve of Cool Mint Oreos and mixed ’em with coconut oil for the crust, then mixed up some sugar free, fat free chocolate pudding with almond milk, fat free Cool Whip and unsweetened cocoa powder for one minty, chocolatey, delicious pie. Finally I drizzled the top with a Mint Chocolate swirl made from the Cool Whip mixed with those little packets of Frosting Creations. 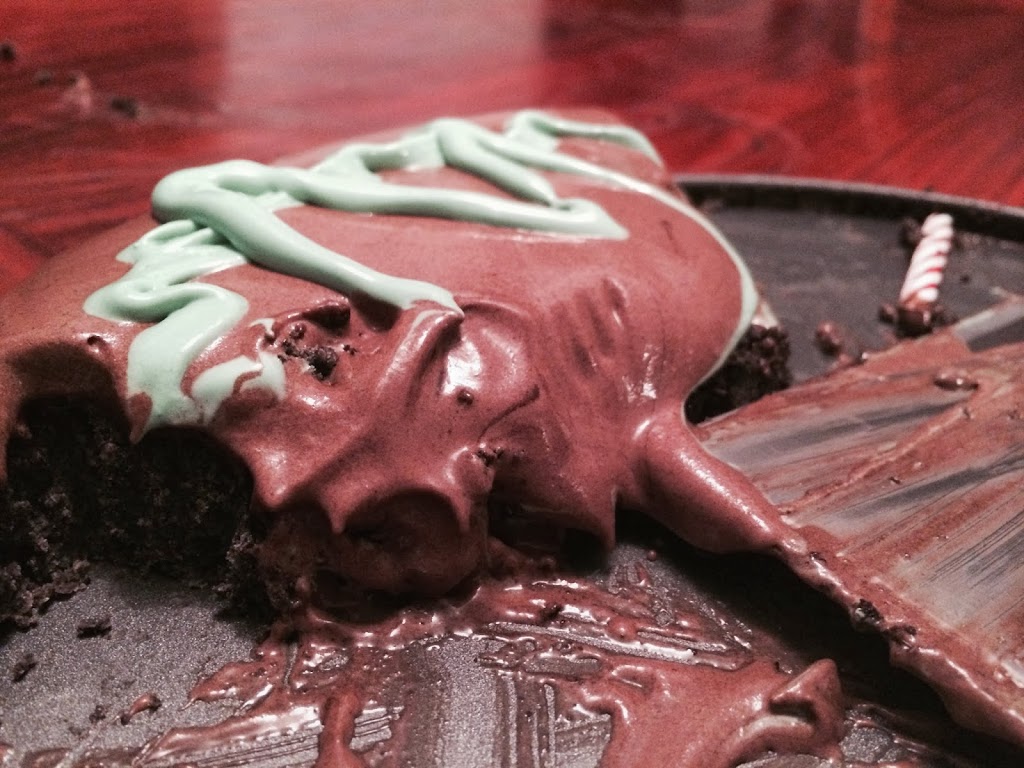 I may have had more than one slice…but see all those “lightened-up” ingredients?! It’s okay! And calories don’t count during your birthday anyway. That’s just what I keep telling myself as I indulge in copious amounts of delicious food and wine throughout this week. Humor me. 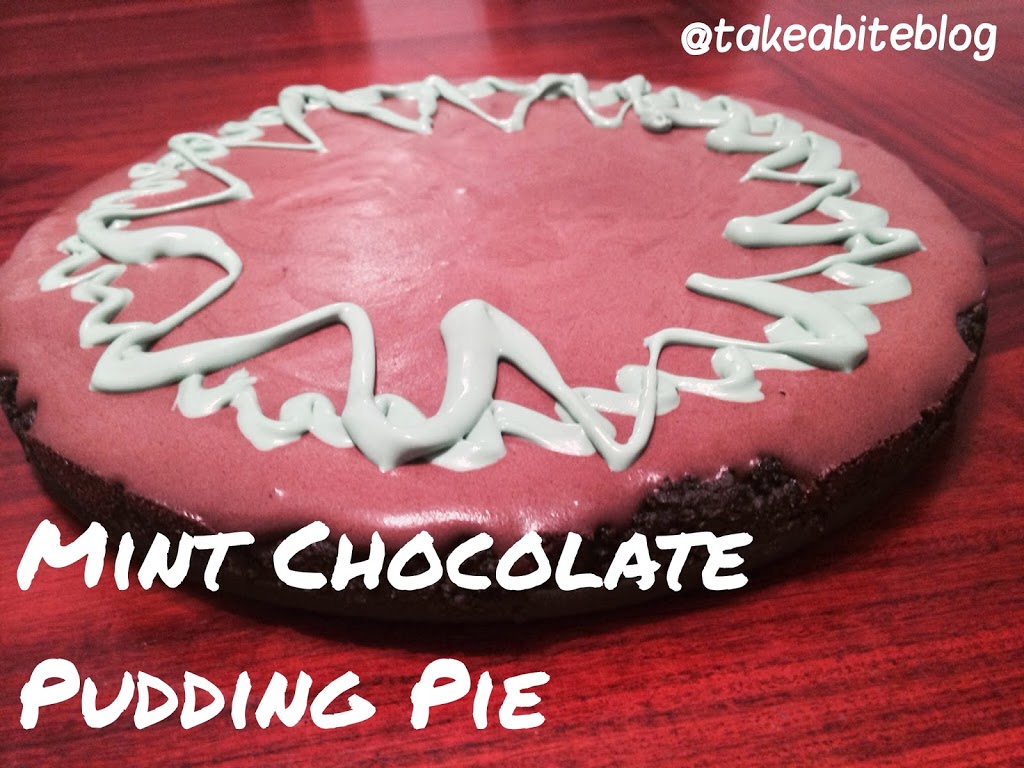 Mint Chocolate Pudding Pie
1 sleeve Cool Mint Oreos1/4 cup coconut oil, melted1 package sugar free, fat free chocolate pudding mix1/2 cup unsweetened almond milk1 8 oz. container fat free Cool Whip1 tbsp Hershey’s unsweetened cocoa powder1 packet Duncan Hines Frosting Creations, Mint Chocolate flavorPreheat the oven to 350 degrees. In a food processor, pulse Oreos until finely ground. Combine with coconut oil in a bowl and mix well. Press the Oreo mixture into the bottom of a springform pan. Bake for 15 minutes. Allow to cool after taking out of the oven.In a medium bowl, combine pudding mix and almond milk. Fold in 2/3 of the container of Cool Whip. Add cocoa powder and mix well. In another bowl, mix together the remaining Cool Whip with mint chocolate Frosting Creations packet. Put into a pastry bag with your tip of choice to create your design.Once your crust has cooled, spoon the pudding mixture over top and spread evenly. Create your green design over the pudding with the mixture in the pastry bag. Place in freezer for at least one hour to harden. Remove from freezer and keep in refrigerator until ready to serve.