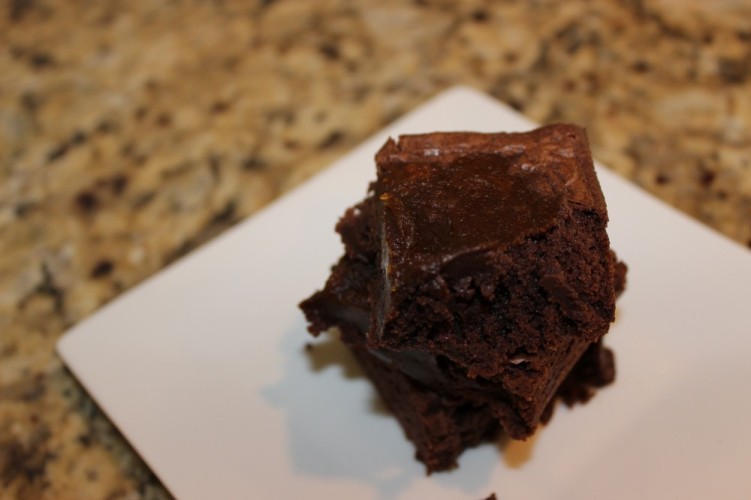 Tomorrow is Thanksgiving, and most of your dessert tables will have a beautiful pumpkin pie (mine has pumpkin CHEESECAKE that we all pretty much devour without ever coming up for air), so let’s take a moment to talk about that star ingredient: pumpkin. It’s actually kind of bland. Be honest — do you really like the taste of pumpkin puree by itself? No. You don’t. You love it mixed with cinnamon, nutmeg, and allspice — better known as Pumpkin Pie Spice. You love it mixed with chocolate chips, caramel, or cream cheese. You even love it mixed with savory ingredients with cheddar cheese or chickpeas. But alone? Nah. You can deny it all you want, but you know it’s true.

Pumpkin is just…meh. But we are all trained to love it during the fall months. In fact, we go CRAZY for Pumpkin Spice Lattes and Pumpkin Cheesecake. It’s a flavor that screams fall and we all follow the trend unabashedly. I’m not saying it’s a bad thing — I am guilty of indulging in my fair share of pumpkin during the season. So far this year, I’ve made Pumpkin Cookies and Pumpkin Coffeecake Muffins. I haven’t paired my pumpkin with chocolate yet, which is kind of a no-no for us food bloggers. Pumpkin and chocolate go really well together. Rich, fudgy chocolate brownies welcomes pumpkin with open arms.

Pumpkin Butter Swirl Fudge Brownies are no exception. Have you ever had pumpkin butter before? It’s like a sweeter, creamier version of pumpkin puree. I got mine at Trader Joe’s. I’m not really sure where else you can find this yummy spread; if you’ve found it anywhere else, let me know! It is not the same texture and consistency as regular butter. In fact, I have no idea why it’s even called butter. It’s really not the same thing. I don’t get why any of those fruit “butters” are called butters. Let’s just call it a spread. A sweet, super tasty, dessert-like spread. Swirled into chocolate fudge brownies. 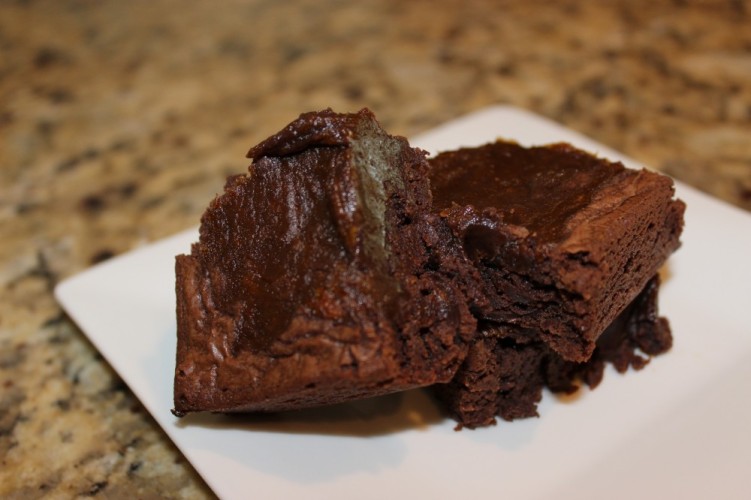 Oh yeah, and I used pumpkin-spiced coffee creamer in the brownies too. Can you even handle this chocolate-pumpkin deliciousness?! I almost couldn’t. I had to pawn off these Pumpkin Butter Swirl Fudge Brownies to my friends so I wouldn’t eat all of them. It’s a good thing I have nice friends who will take all of these treats I bake off my hands. Otherwise, I’d be stuck eating every last one of them. My pants would hate me.

Now before we go all chocolate-peppermint and Christmas cookie crazy, let’s get in a few more bites of pumpkin — but only if it’s paired with all the glorious flavors of fall. And chocolate. Lots and lots of chocolate. 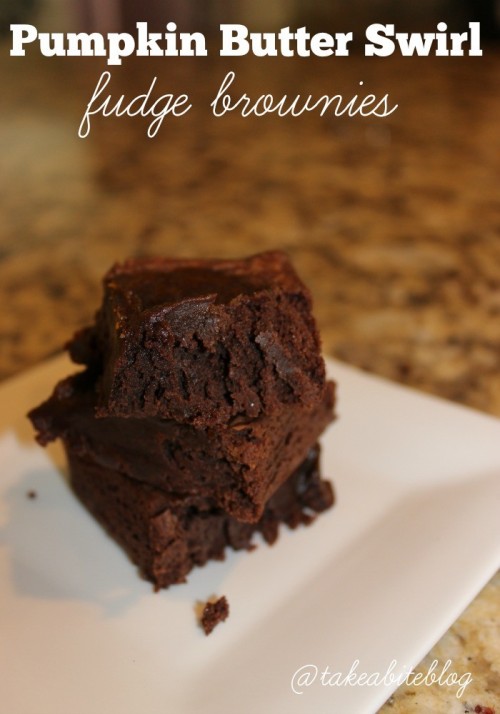