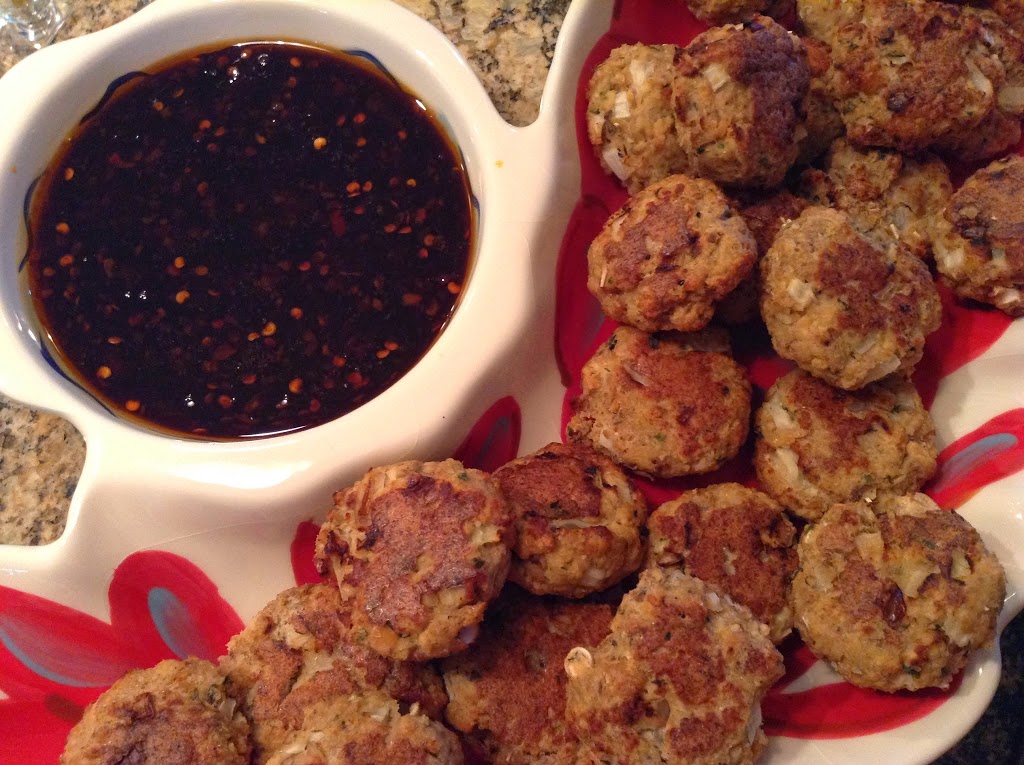 These Mini Salmon Cakes were responsible for another one of my proudest moments of the  night, when I realized I’m totally and 100% capable of throwing a bunch of things in a bowl, mixing them together and creating something totally crave worthy. And I know they were craveworthy because they were gone pretty fast. I’m glad I grabbed one early […] 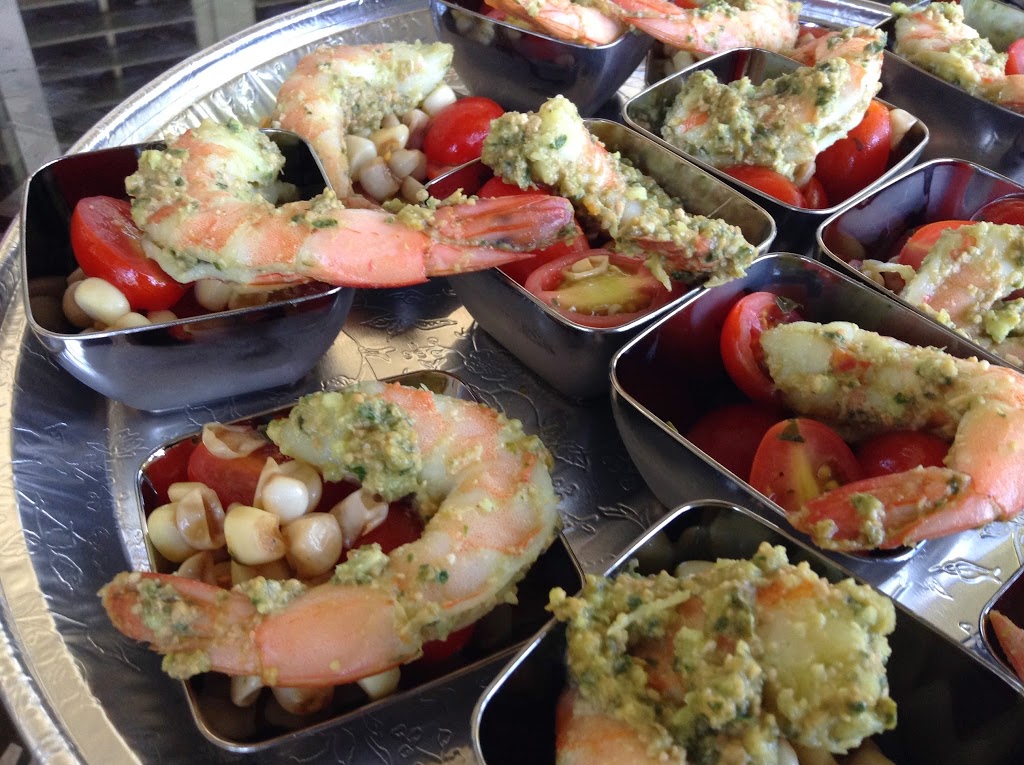 Of course I’m starting out with my favorite dish from the Tapas Party. This was so simple, but so full of flavor. I made one tiny change to my Basil Pesto and used asiago cheese instead of parmesan. I could taste the difference; it wasn’t as sharp as usual, but it was still amazing! I […]

You’ll never guess what I did! I can’t believe I pulled it off…with minimal help, I somehow managed to cook 9 tapas-style dishes for a party of about 25 people. My boss asked me if I’d cater his birthday party…tapas style. He let me pick the dishes, did all the shopping for me, and gave […] 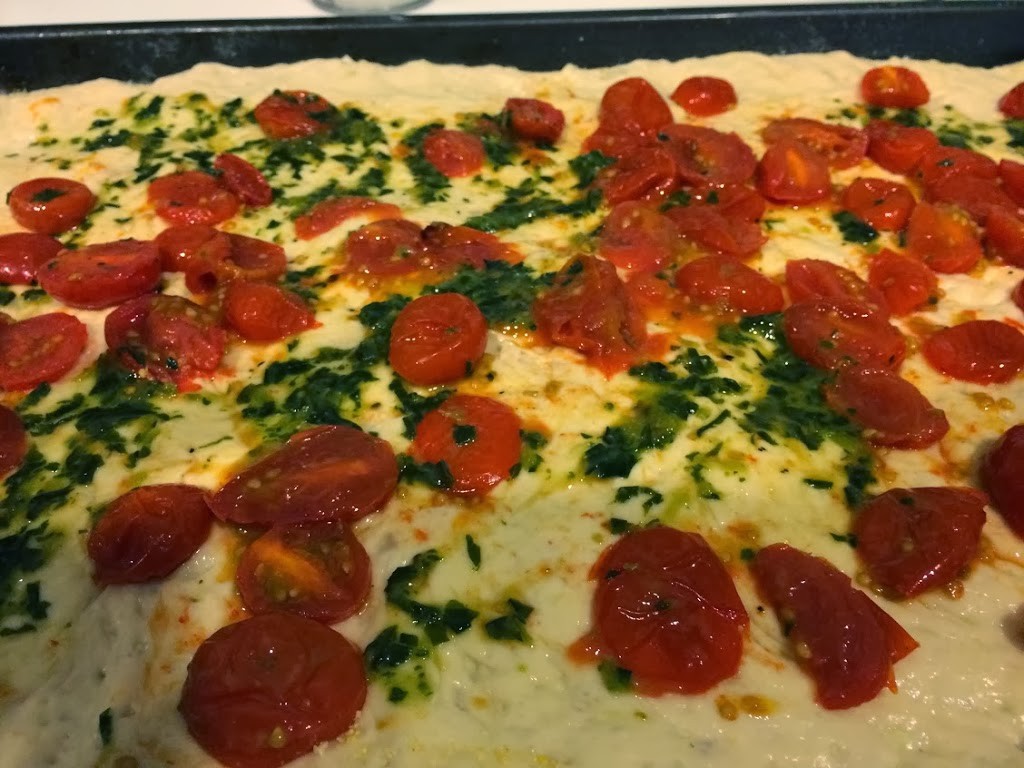 I was first exposed to tapas-style cuisine a little over a year ago. That’s pretty much when the trend started to take off, and it’s all thanks to this really freaking amazing Spanish chef, Jose Andres. I went to his restaurant, Jaleo, at the Cosmopolitan in Las Vegas and tried about 7 or 8 different […] 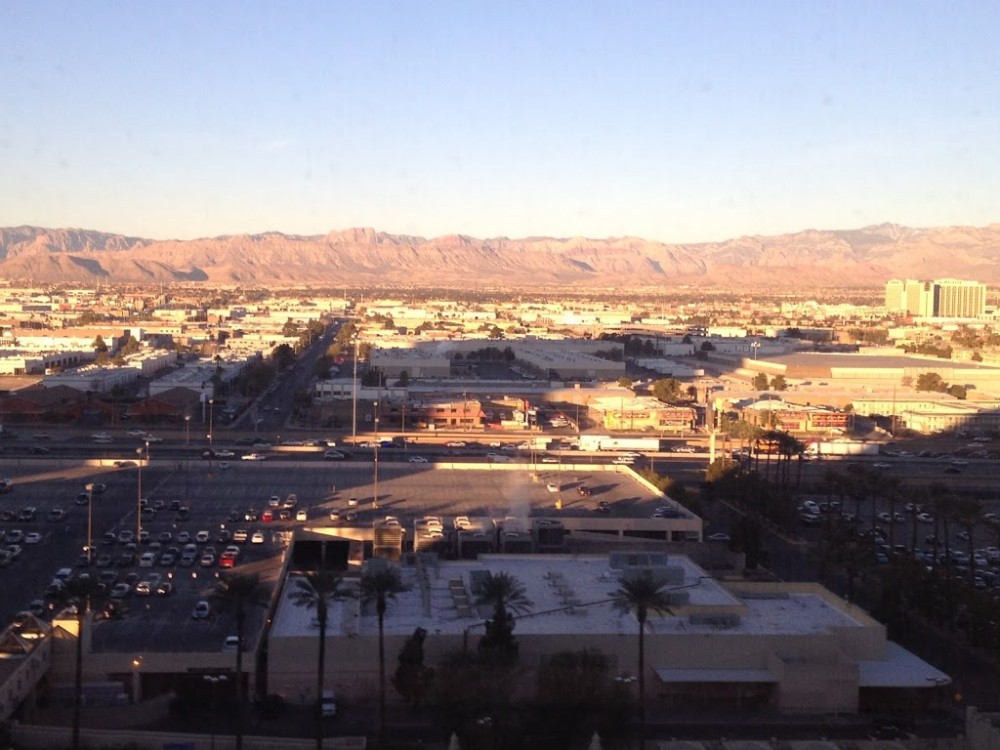 If you could think of the most nerve-wracking thing your boss can tell you on a Monday afternoon when you’ve been bombarded with paperwork and phone calls, I doubt it would involve the words “you’re going to Las Vegas tomorrow.” But yep, that’s exactly what happened to me last week. I’m not sure if I’ve […]

A Twist on Taste at The Rebel House 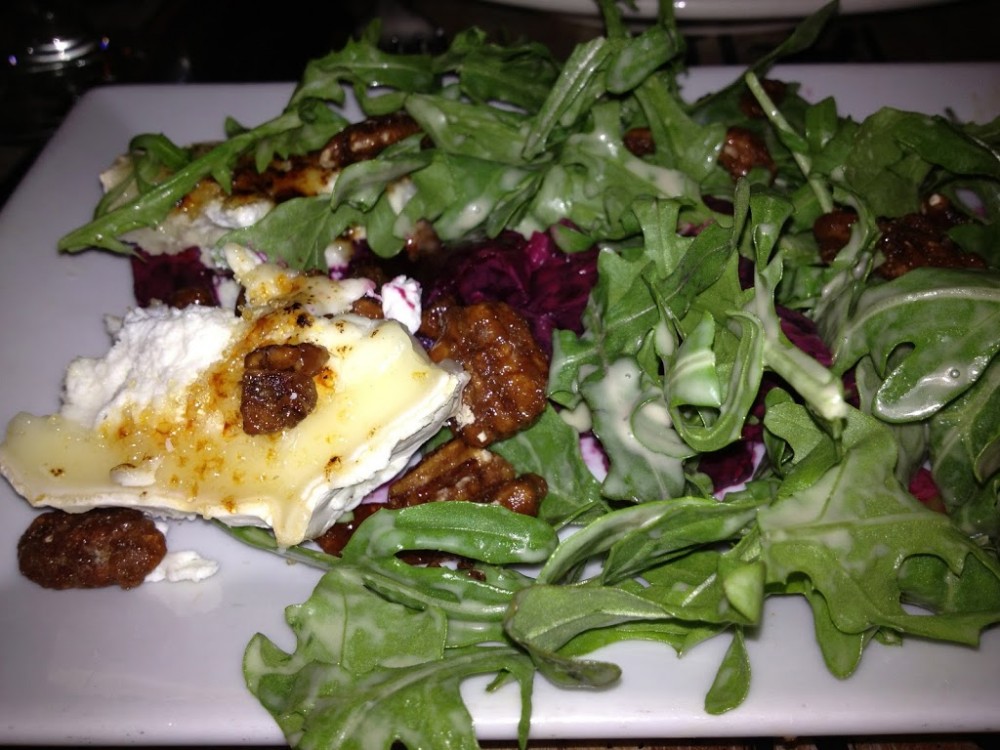 People have been raving to me about this new restaurant, The Rebel House, since it opened. I was supposed to go there New Year’s Eve and was soooooo excited, but as you can read in my previous post, that got all messed up. BUT, we were not going to let the chance to go slip […]