Another year of Boca Bacchanal has come and gone. For anyone who may be unfamiliar with this annual weekend-long culinary festival, Boca Bacchanal is full of food and wine events all supporting the Boca Raton Historical Society and Museum. The weekend starts with Vintner Dinners where guests dine in the private homes of Boca locals and enjoy artfully paired dinners prepared and presented by acclaimed chefs and vintners. Then there’s Bacchus Bash, a silent and live auction held at the Boca Raton Resort complete with a chef meet-and-greet, prized wine and champagne offerings, signature cuisine and dessert bar, entertainment, demonstrations, music and dancing.

But the best event of all is on Sunday afternoon… The Grand Tasting offers guests a chance to sip and savor their way through some of the area’s best restaurants, top craft and microbreweries and over 140 varieties of wine. This year there was even live entertainment from Miami’s own Afro-Cuban funk band, PALO! Held outdoors at the Mizner Park Amphitheater, this is my absolute favorite Boca food event. Of the past three years that I’ve attended, this was the best. In the past, I’ve noticed a lot of restaurants served similar dishes. This year, there was a wide variety of food, and the plate sizes were pretty generous. The live music was a nice touch too! With perfect blue skies and beautiful Florida temperature, Boca Bacchanal was a huge success.

But let’s get to the good stuff — the food!

Here are some of the delectable dishes we got to try. There is no way anyone left there hungry! 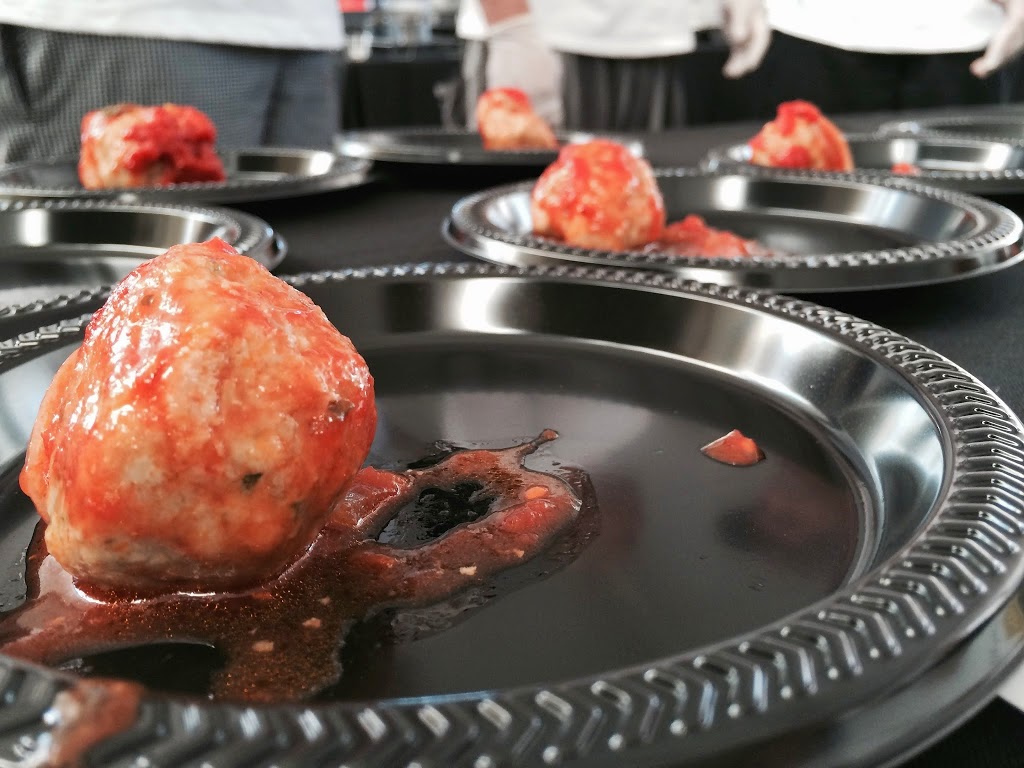 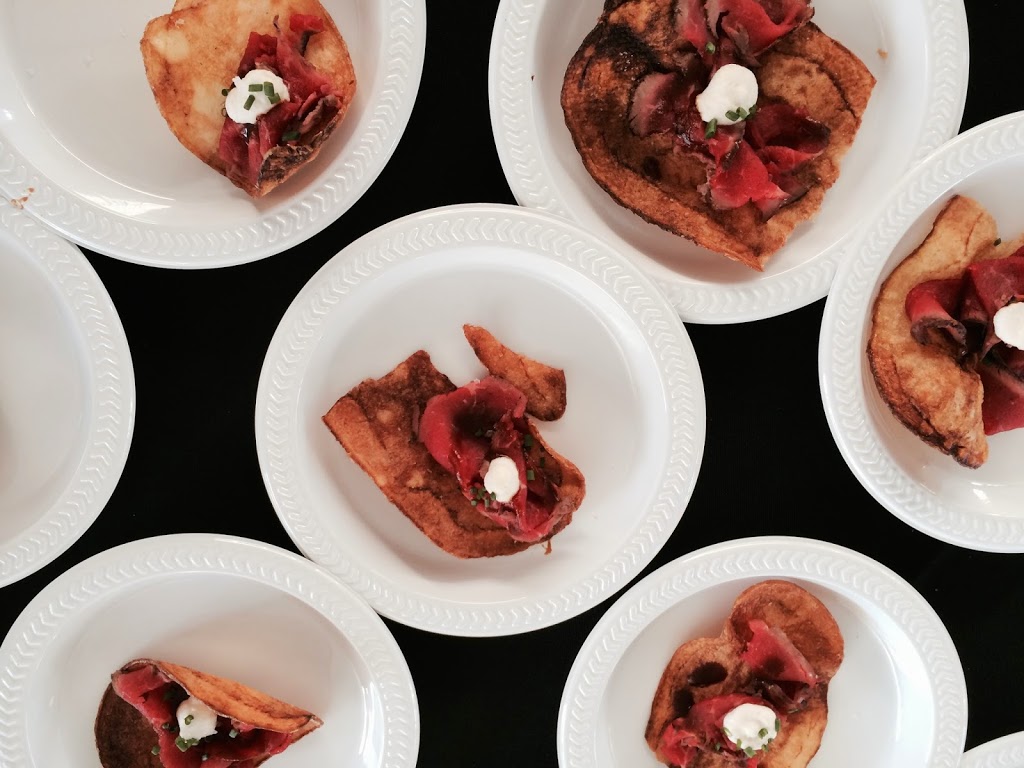 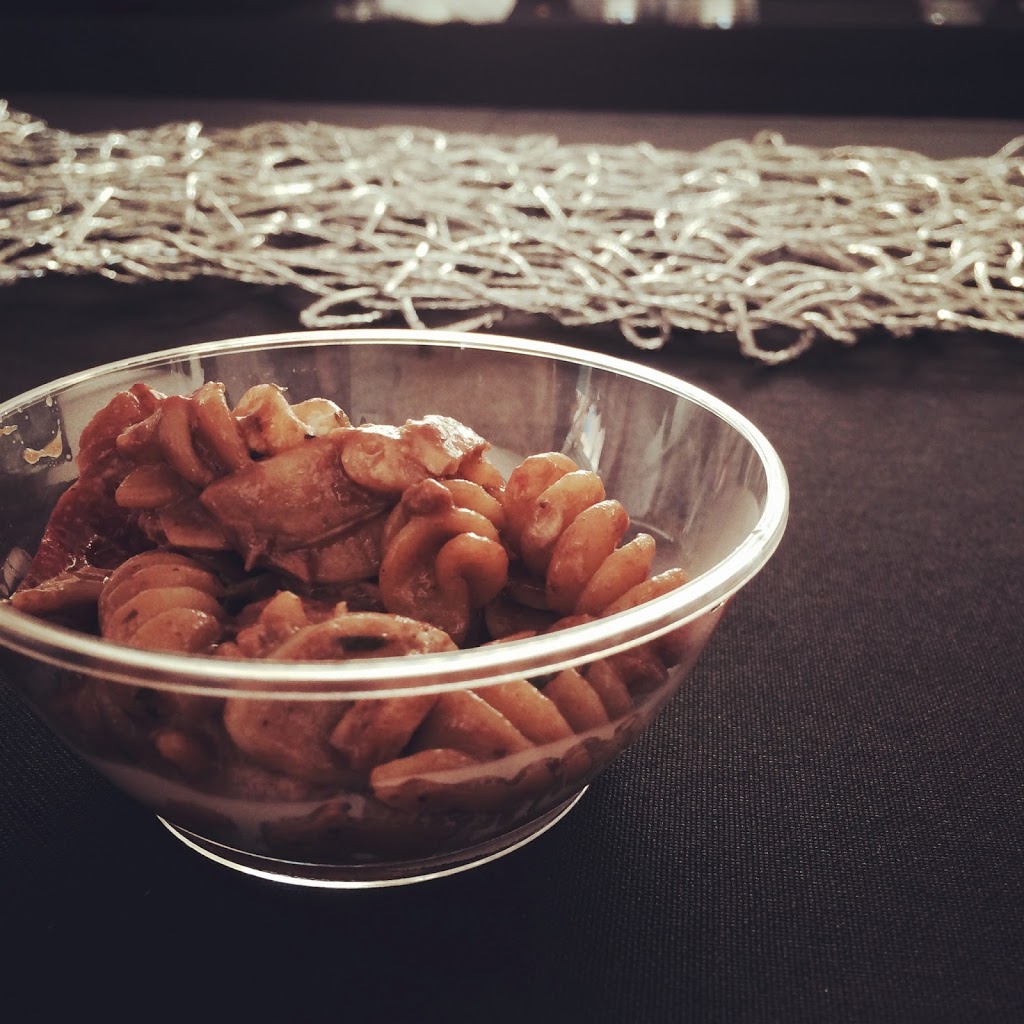 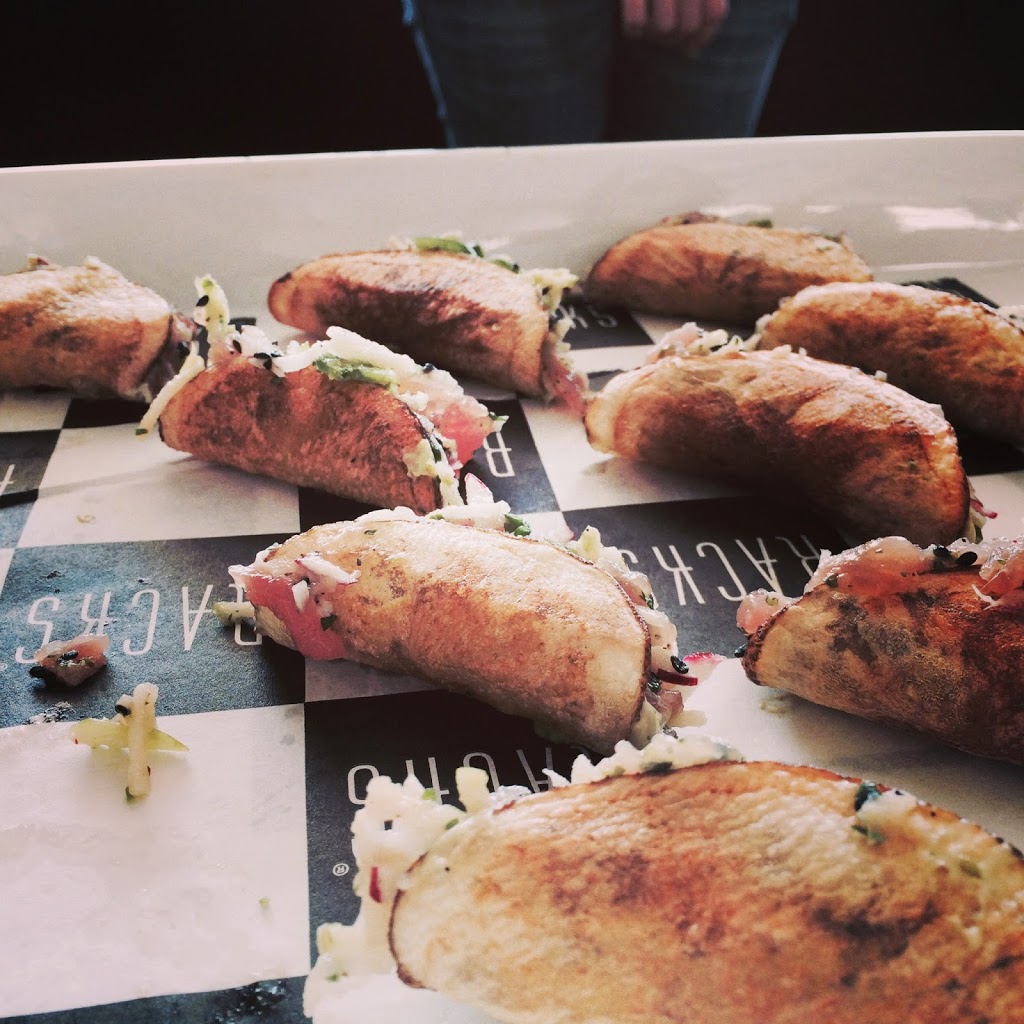 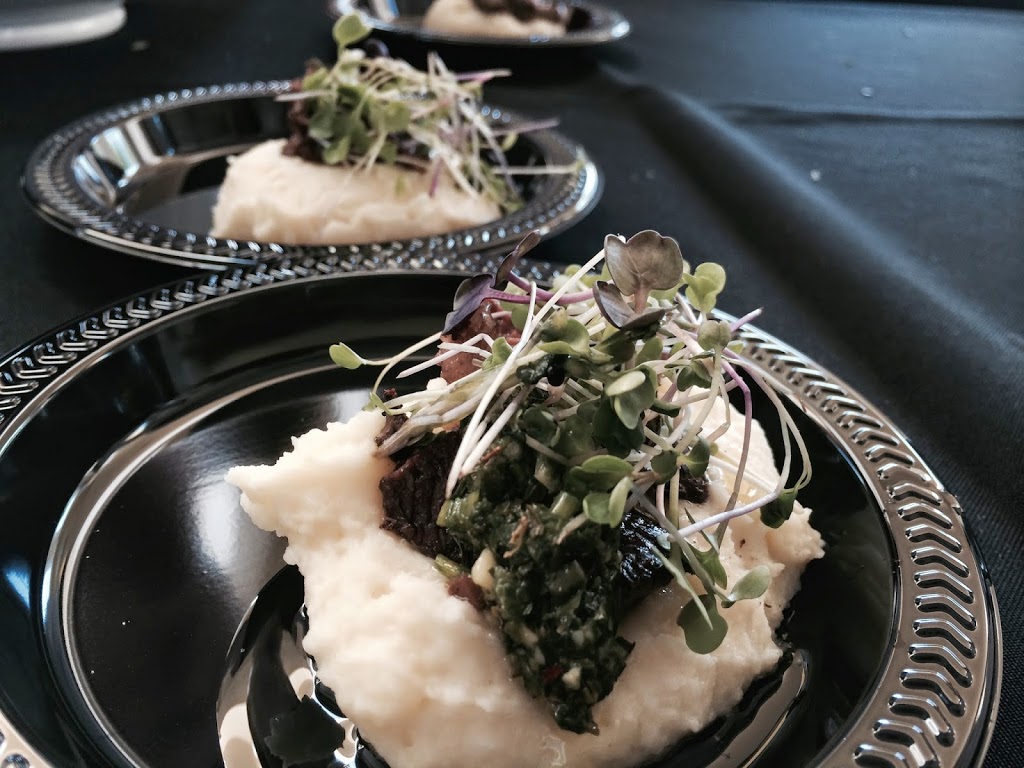 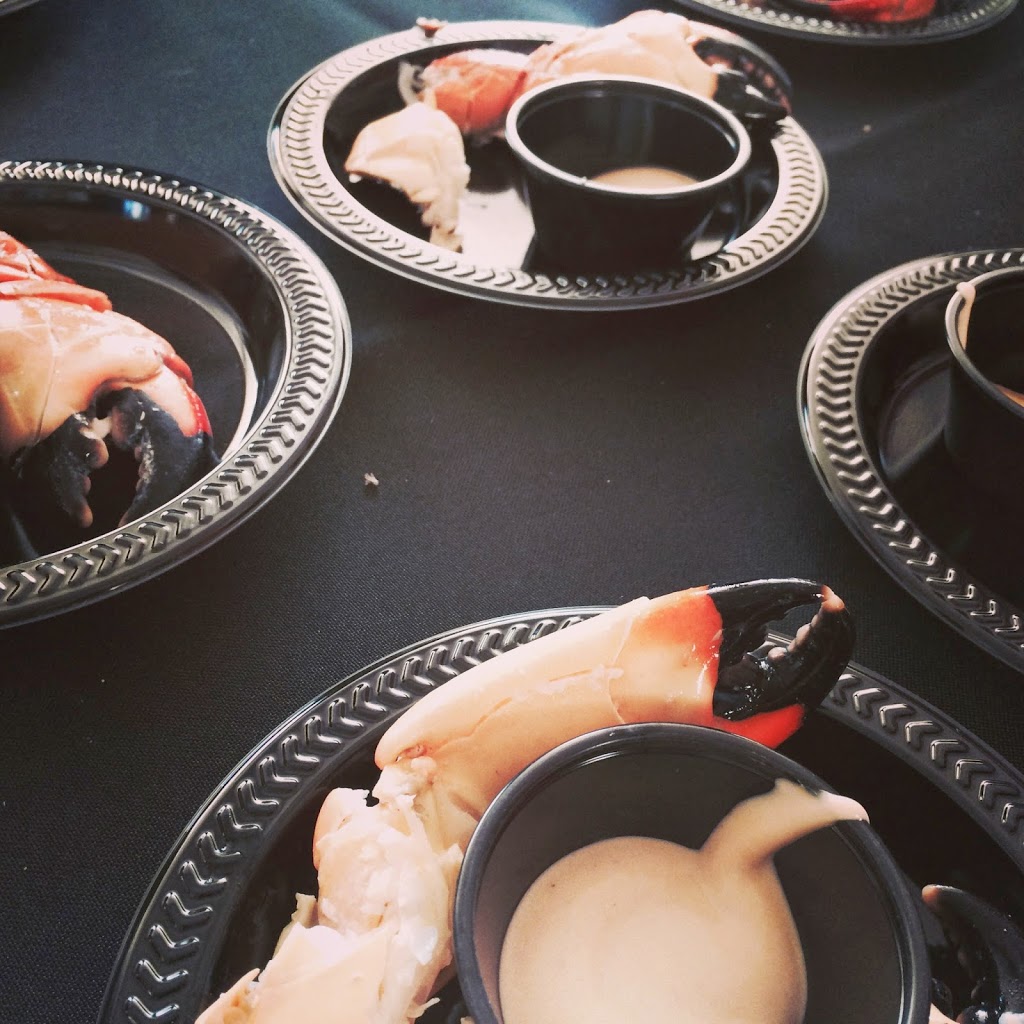 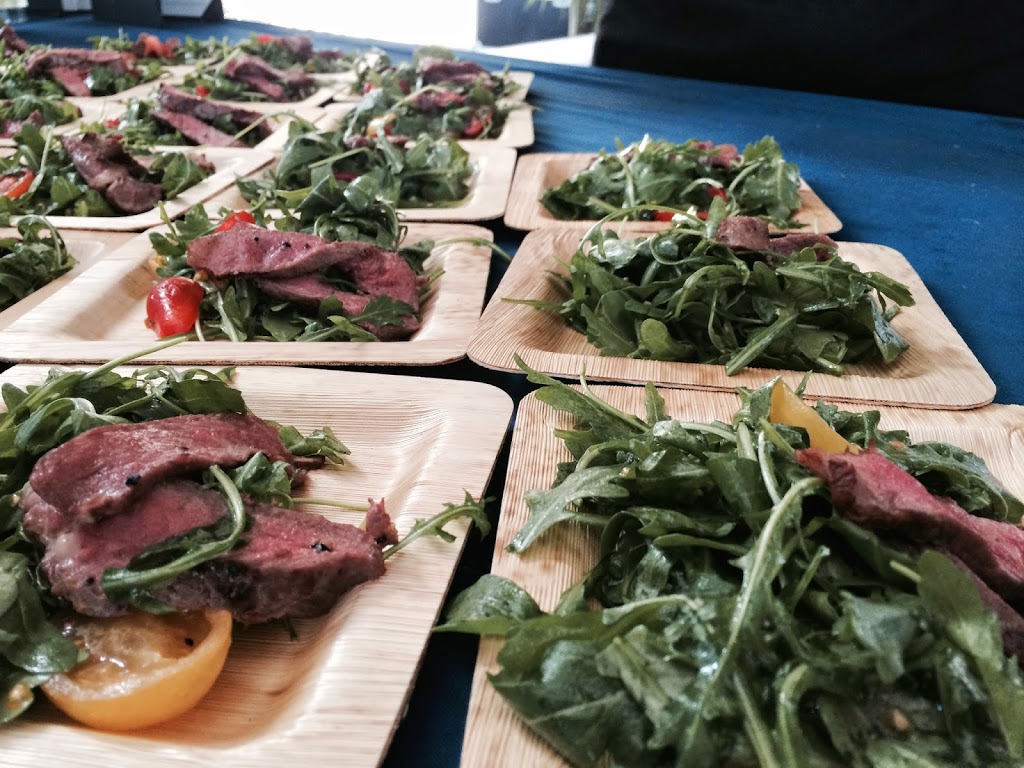 The Melting Pot: Chocolate fountain with an assortment of fruit and marshmallows. 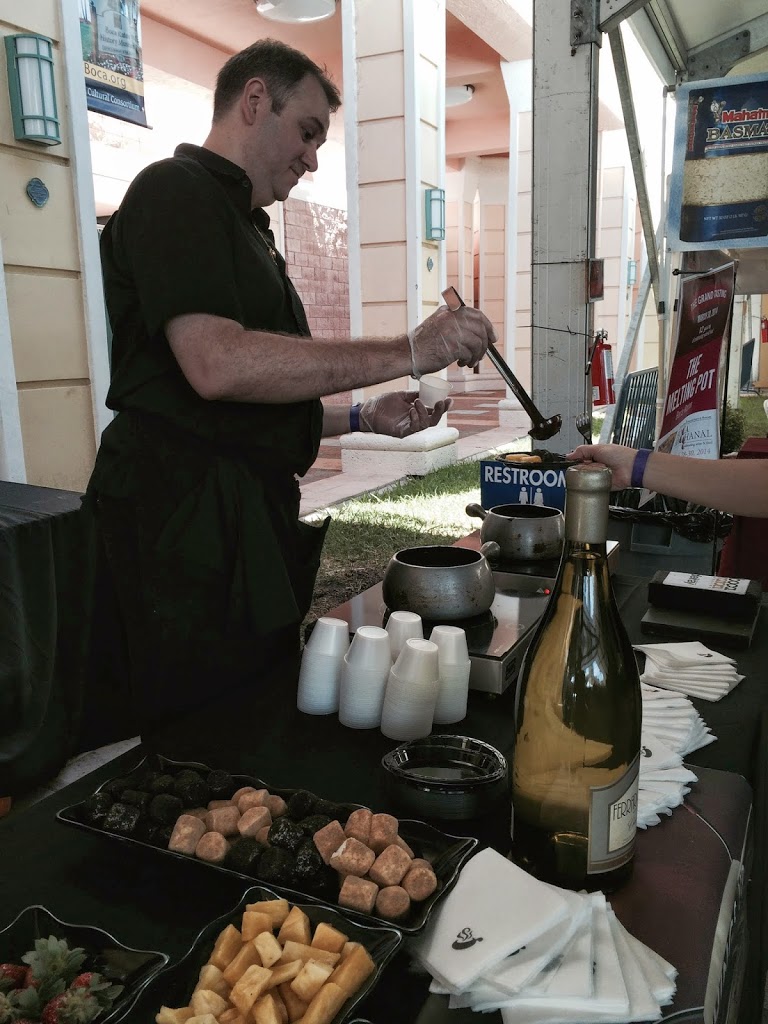 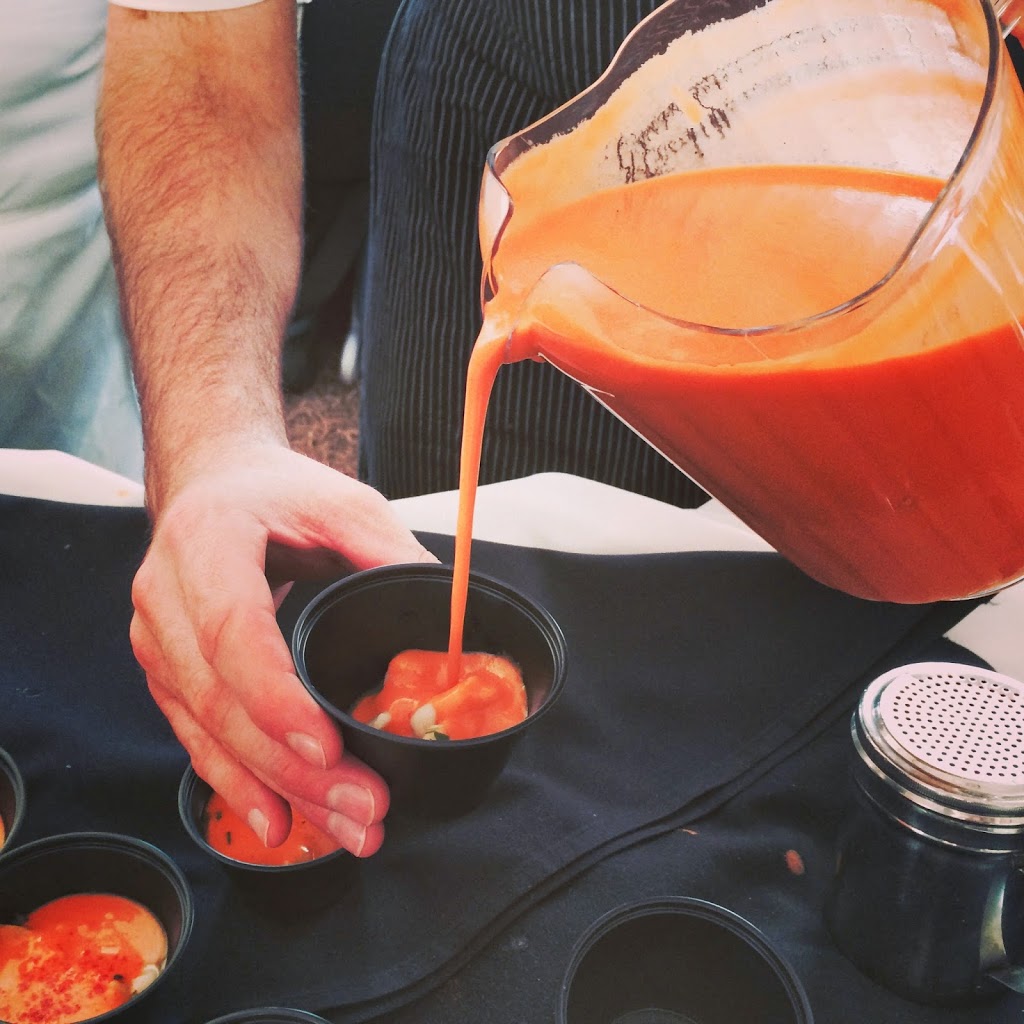 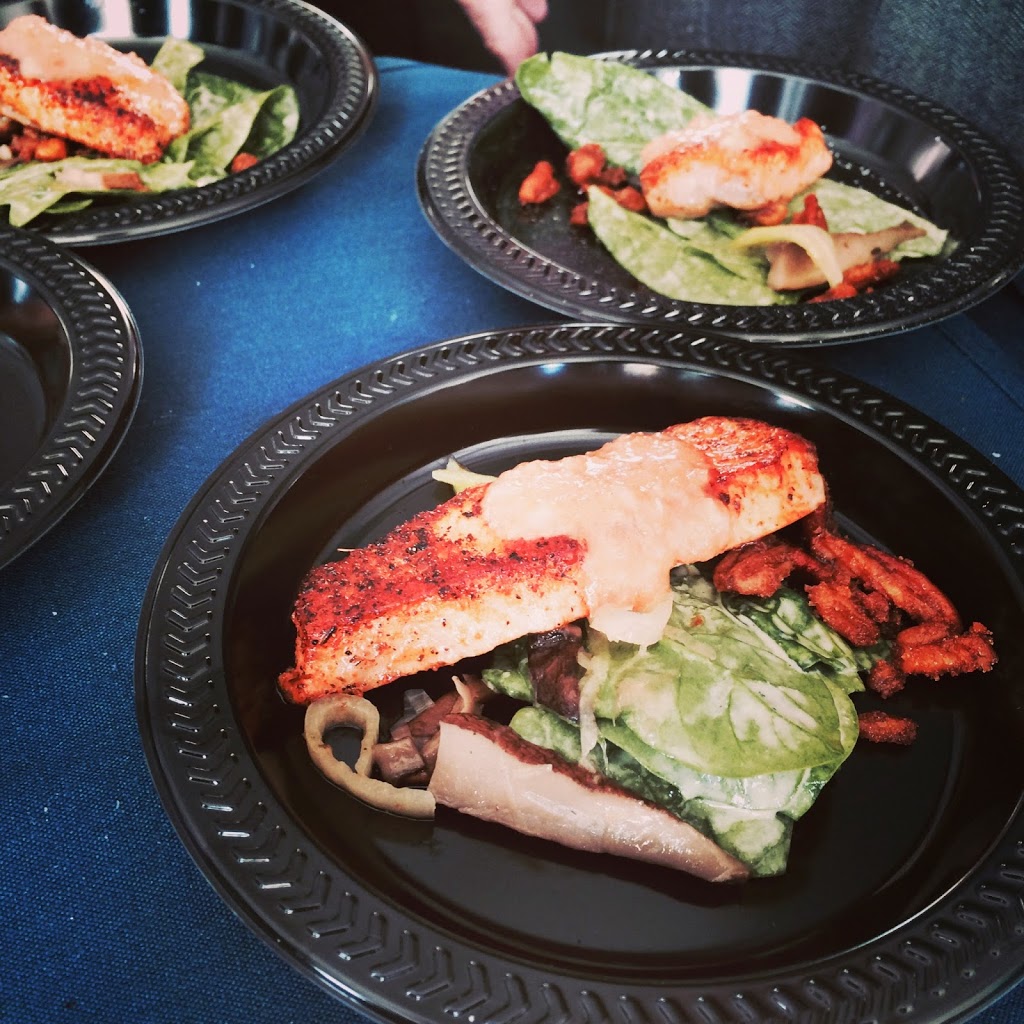 Nick’s New Haven-Style Pizzeria: Linguine and clams on the half-shell. 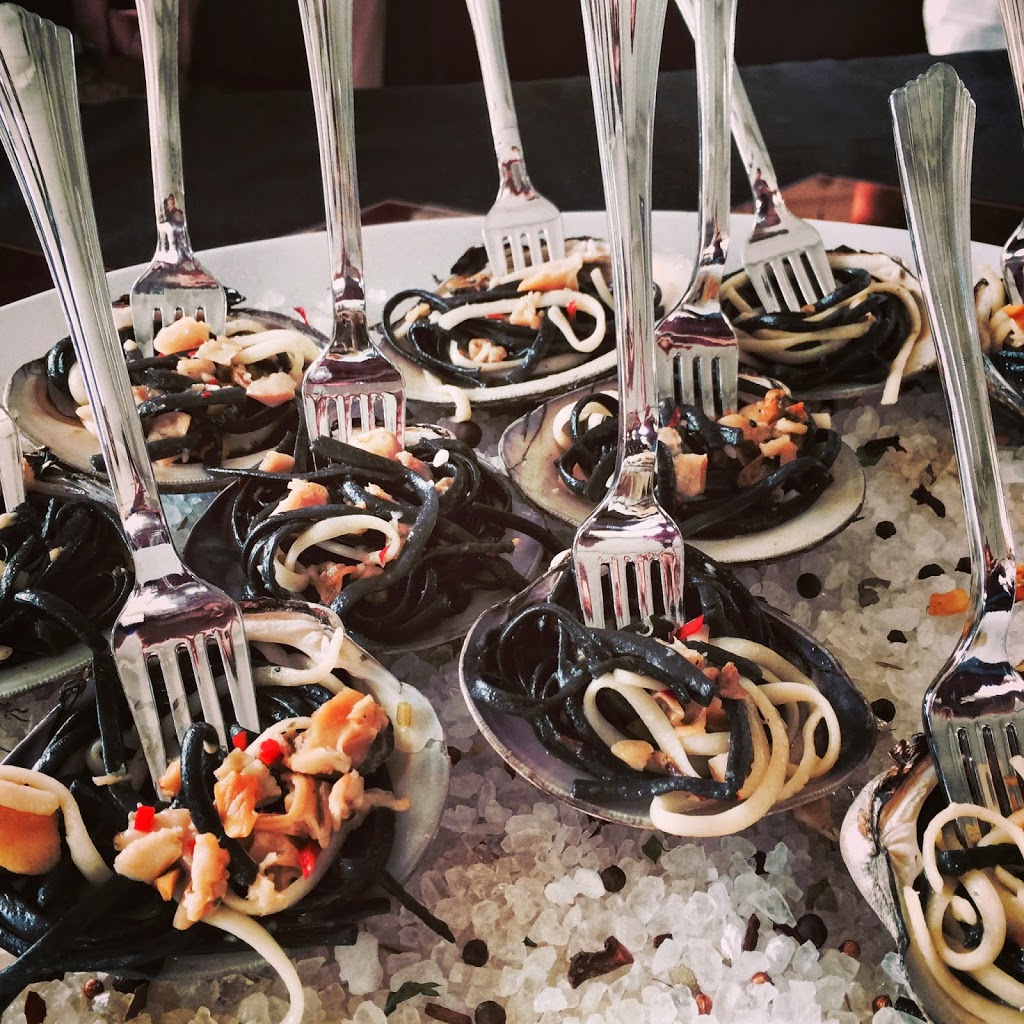 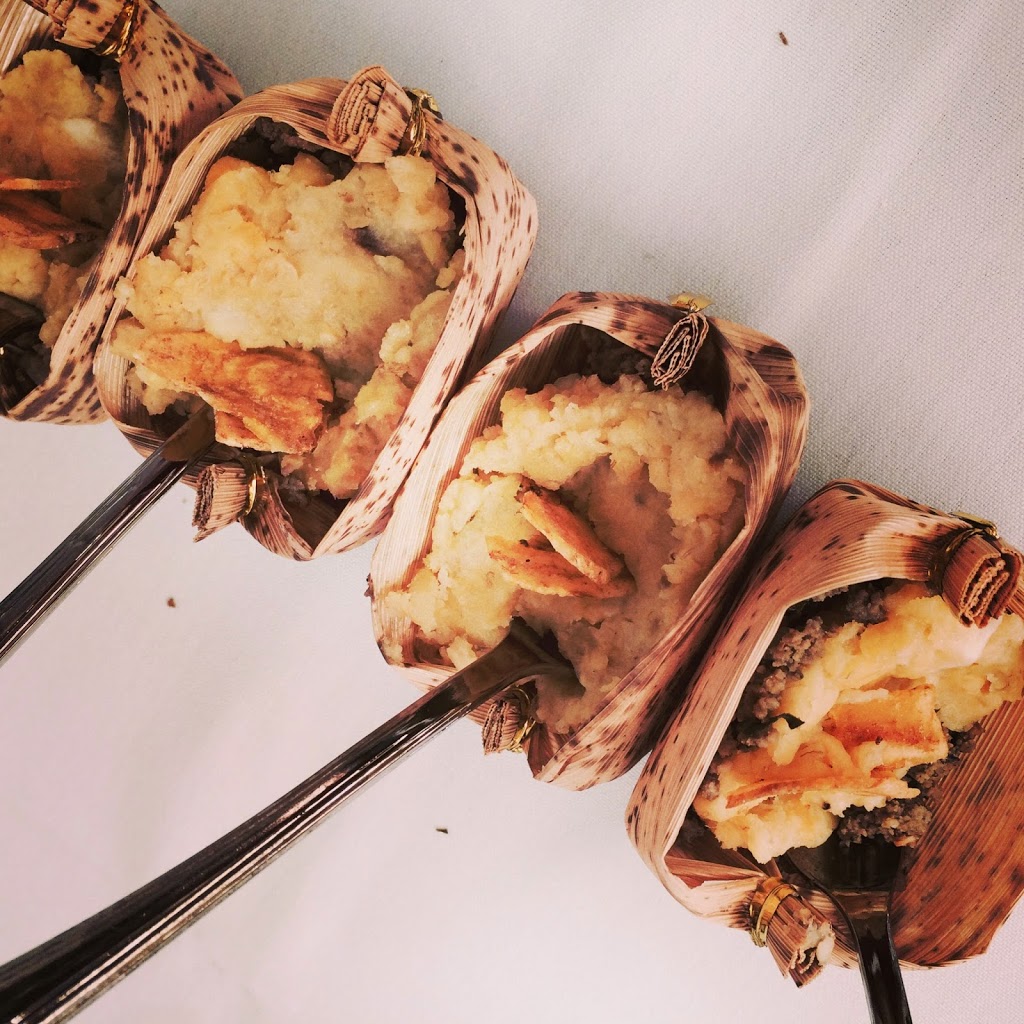 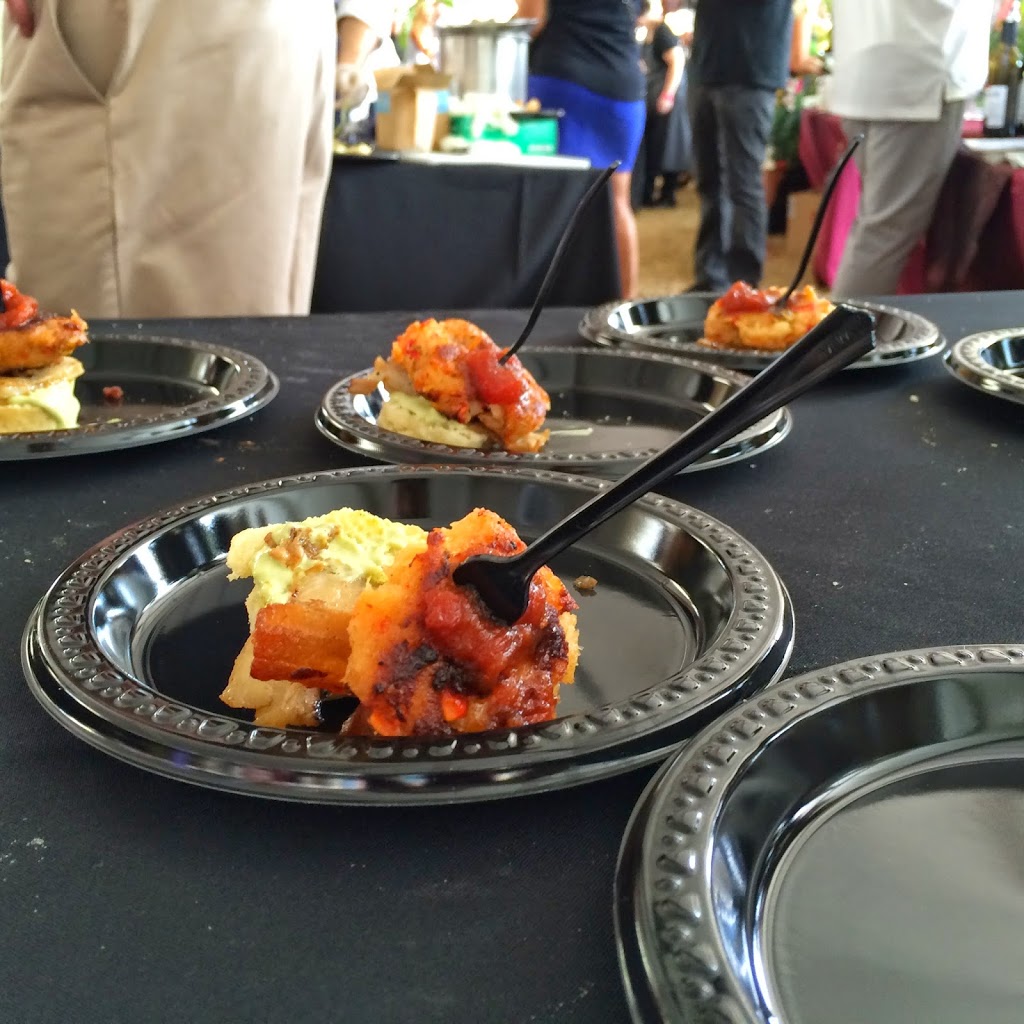 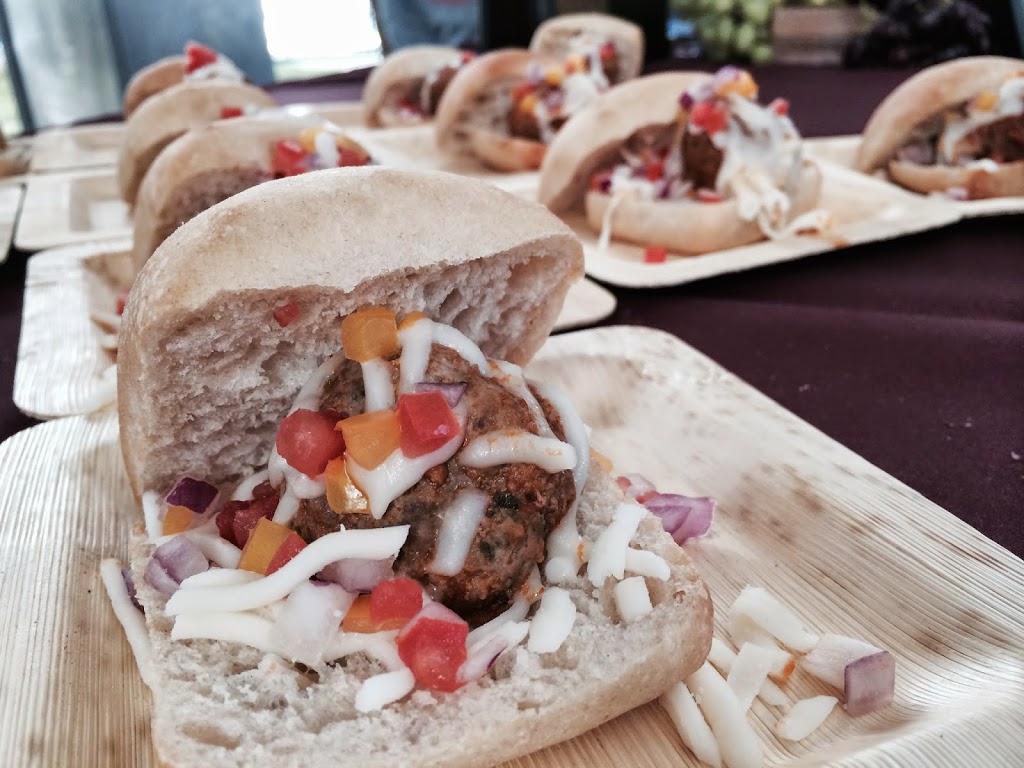 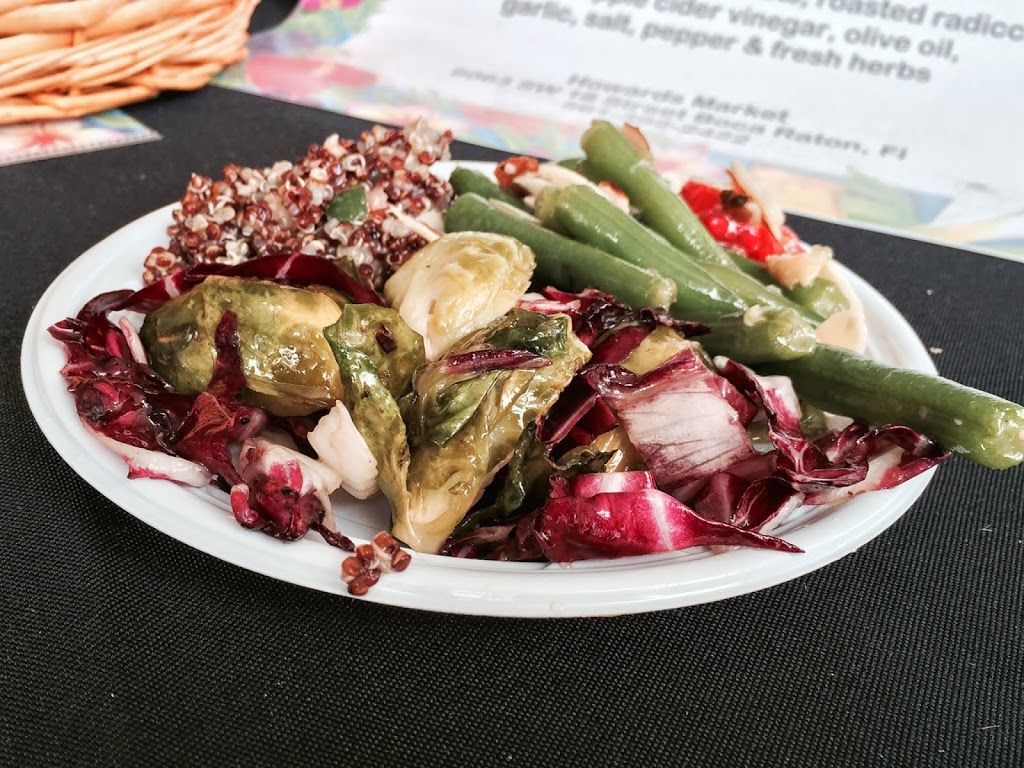 Casa D’Angelo: Beef carpaccio with… I don’t know; I was going to make something up, but since I didn’t eat this (obviously) I don’t really remember what it was… 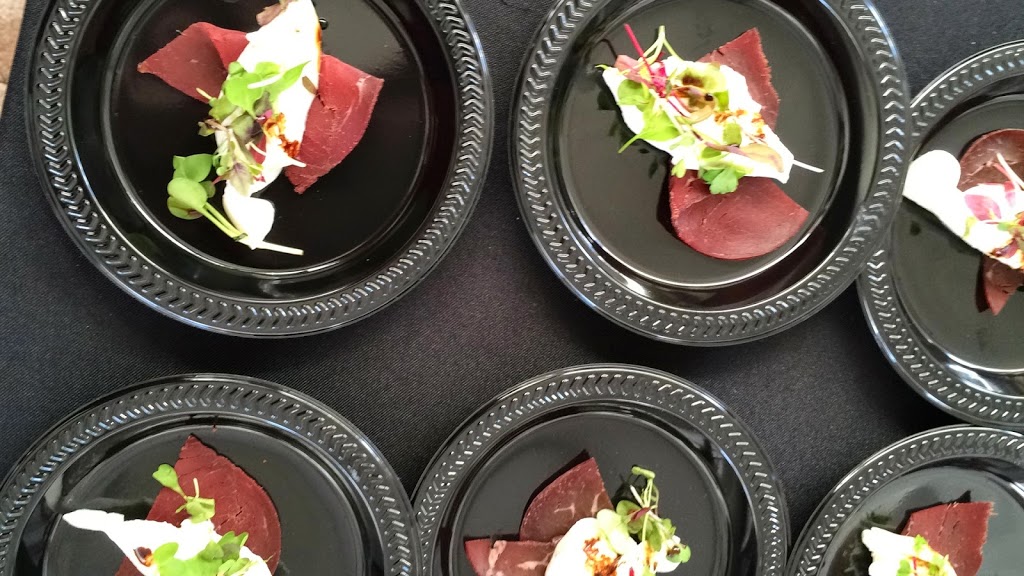 I really enjoyed the seafood gazpacho from Chops and the salmon from City Fish. The porcini mushroom ravioli from La Stella’s was insane too. So creamy and delicious. We definitely ate good that afternoon, that’s for sure. As for the wines, I stuck to white for most of the day and found a few moscatos that I wish I had bought while I was there. Good thing I took pictures of the labels so I can be on the look-out! Oh, and dessert…Nothing, and I mean, NOTHING, beats the Nutella Guinness Milkshake from MEAT Eatery. Words can’t even describe…

Boca Bacchanal never lets me down. It’s great to see so many familiar faces as I make my way from table to table. We foodies end up at the same events over and over again. This year my roommate Amy came with me, so it was great to have a tasting-partner by my side. This is one event I will never not attend.