Whip up some Spiked Eggnog Cupcakes with Eggnog Cream Cheese Frosting and say goodbye to the leftover eggnog taking up space in your fridge from the holidays. 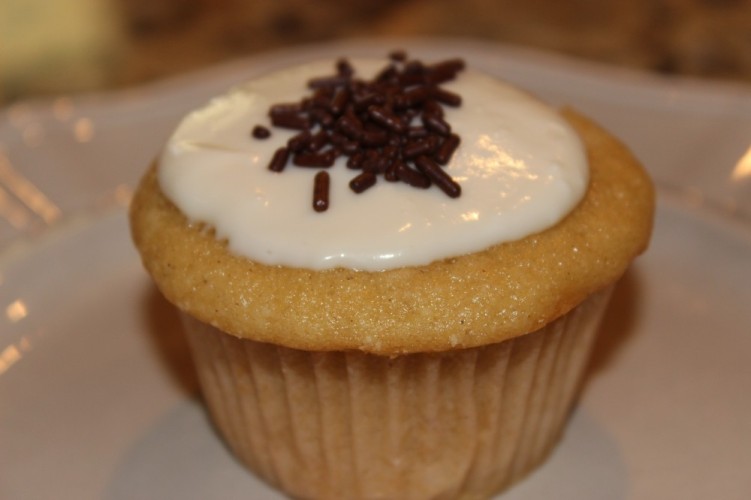 Have you ever had eggnog? Like, REAL eggnog — the kind with bourbon, whiskey and rum in it? I had some girlfriends over for a dinner party right before Christmas and one of my guests brought a bottle of Evan Williams brand eggnog. This is the thickest, creamiest, booziest drink I’ve ever had in my life. It’s hard to get down more than a few sips — seriously, this stuff is THICK. She insisted I keep the rest, which, might I add, was over halfway full. So what did I do? Brainstormed things to bake with it. My first attempt was fudge, but the alcohol messed with the texture and it came out like super sticky taffy and just totally not what I wanted it to be. Now what? Cake mix! Cake mix seems to solve all problems. It’s impossible to screw up and you can have so much fun adding or swapping ingredients. Instead of milk, I used eggnog and wow — these came out GOOD. 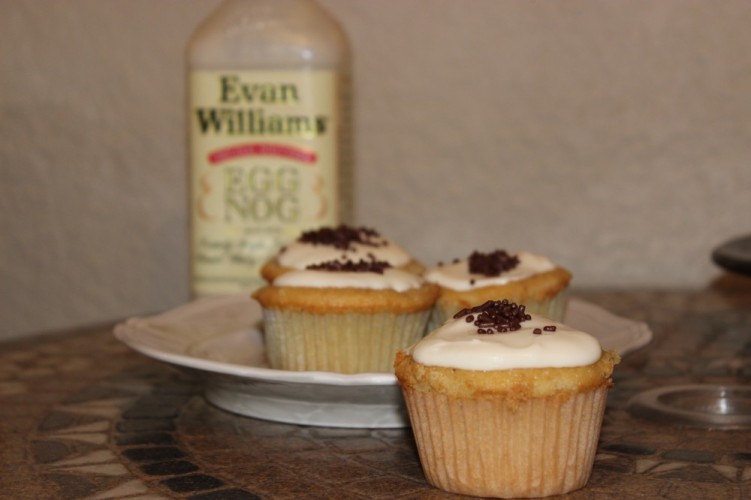 What’s a cupcake without frosting? Cream cheese frosting, to be exact. I prefer cream cheese frosting over whipped and buttercream. That tanginess just gets me every time. And cream cheese frosting usually means I’m eating some kind of pumpkin, carrot, or red velvet dessert, and well — it doesn’t get much better. I usually make my cream cheese frosting with powdered sugar and milk and add in any extra flavors, but since the eggnog is already super-freaking creamy, I got rid of the milk and just used that. Hellooooooo, delicious! Be extra careful when eating these Spiked Eggnog Cupcakes with Eggnog Cream Cheese Frosting. There’s booze in the cupcake and the frosting. So, yeah, eat responsibly. 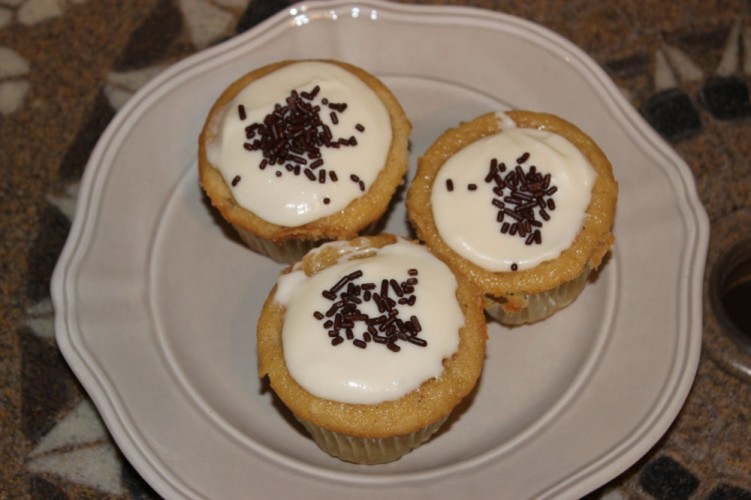 Lucky for me, I had a partner out in California waiting for me to send her some goodies for this month’s #LeftoversClub, so when I suddenly was met with a bunch of Spiked Eggnog Cupcakes with Eggnog Cream Cheese Frosting sitting in front of me, I knew just where they’d go! Ginger from Stark Raving Delicious is my partner this month — and that’s exactly what her blog is full of, stark raving delicious recipes! I wish I had also been her partner for last month’s Great Food Blogger Cookie Swap so I could have tried her Spiced Speculoos Cookie Butter Cookies…YUM! Ginger, like me, is a self-taught home cook, and she loves to experiment in the kitchen. Her experiments obviously work because she churns out things like Mocha Sugar and Cinnamon Snickerdoodles and Super Foods “Pesto” Quinoa Salad. I hope Ginger likes eggnog!

BUT since cream cheese needs to be refrigerated — and traveling from Florida to California is no short trip — Ginger is getting frostingless cupcakes. No worries though — these cupcakes are just as yummy sans frosting! 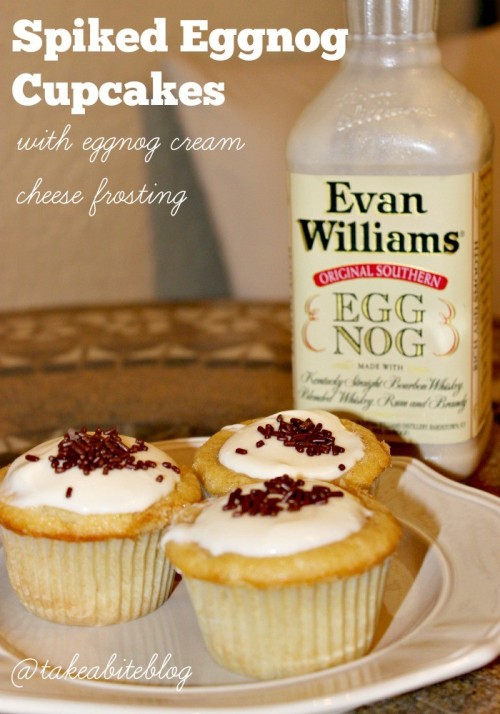 Want to join all of us for next month’s #LeftoversClub? It’s easy. Head on over to The Leftovers Club and sign up!

Make sure to see what other treats were flying out this month.