Never miss a bite! Sign up here to receive new recipes and reviews straight to your inbox.
Cinnamon Raisin Peanut Butter Dip is one of the easiest dips you’ll ever make. Only TWO ingredients and plenty of things you can use to dunk, dip, smear, or spread it all over! 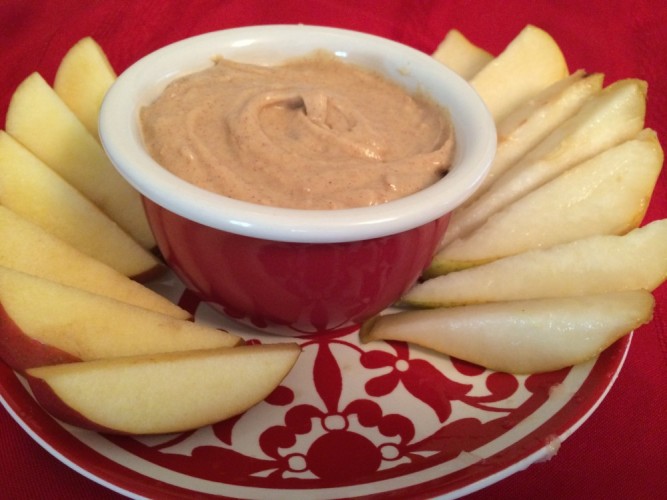 What do you do with when you have a container of plain Greek yogurt and cinnamon raison flavored peanut butter sitting in your kitchen, untouched? You mix them together and make Cinnamon Raisin Peanut Butter Dip, of course!
The brains behind this incredible cinnamon raison flavored peanut butter is none other than Peanut Butter & Co.. They have some of the wildest flavors, all super yummy and super fun to play around with in the kitchen. I used the White Chocolate Wonderful in my White Chocolate & PB Banana Bites and it gave the recipe a total Wow factor.
One of my go-to snacks is sliced apple with peanut butter, but I was a little tired of having the same old thing. Searching for inspiration, I took to my cabinet full of goodies and came across this jar of cinnamon raisin peanut butter. IDEA ALERT!  Light bulbs sprung out of my brain and suddenly the room was way too bright for my eyes to handle. After I could see again (excitement can be pretty blinding), I got to work. 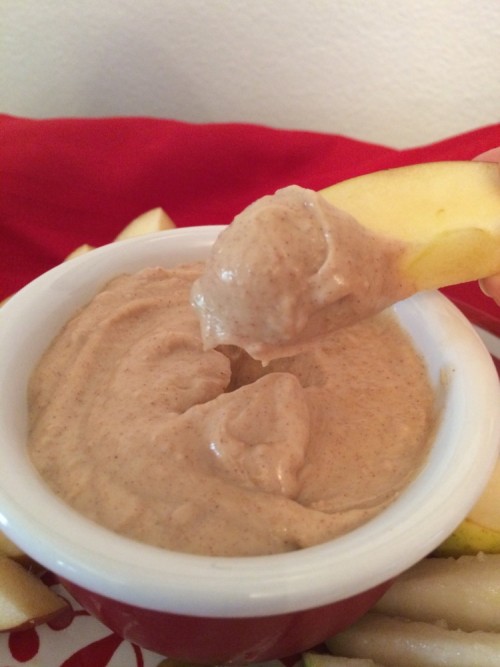 Well, “work.” I basically stirred together the peanut butter with plain, fat-free Greek yogurt, added a bit more cinnamon, and then chopped up apples and pears and that was that. Not much work involved here at all. 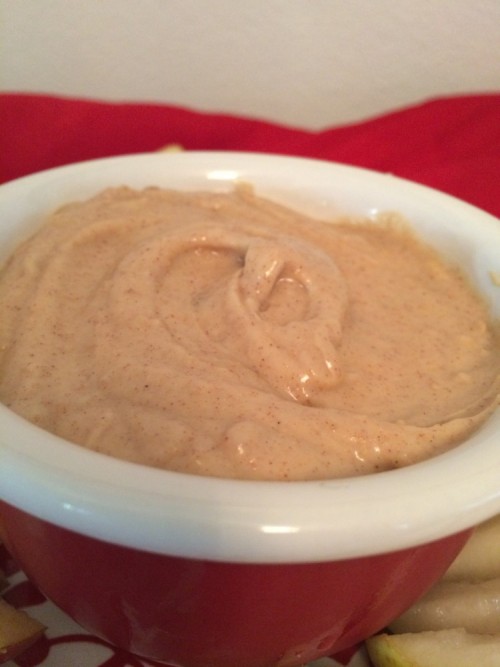 There are lots of other vehicles you could use for scooping up this delicious dip — cinnamon sugar pita chips, pretzels, graham crackers… OR OR OR! You could spread this all over a cinnamon raisin bagel for a super cinnamon raisin flavor explosion. I very rarely eat bagels, but when I did, cinnamon raisin was my favorite. Especially slathered in creamy peanut butter that would melt as soon as it touched the hot bagel straight out of the toaster oven.
I’m totally channeling my inner child who could eat whatever she wanted without worrying about calories or soft, jiggly body parts. Ugh.  Can’t we all go back to being those skinny 12 year olds who stuff their face with all things yummy?!
Sorry for the tempting ideas up there, but hey — indulgence really is okay every once in a while. I’m a firm believer in that.
However, if you’re looking for healthier snack options, Cinnamon Raisin Peanut Butter Dip really is better than just using peanut butter alone. Your serving is also loaded with fat-free Greek yogurt, cutting the amount of peanut butter way down. If dipping, stick to a reasonable portion and use fruit as your dippers; if spreading, stick to a thin smear on bagel thins or rice cakes. 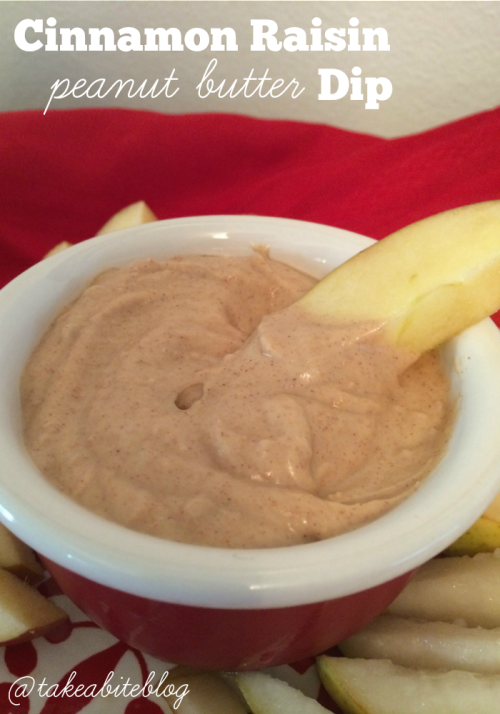